How are you? I’m < gestures at world >.
I spent this last lockdown building a tiny comedy club with a big hole in the wall to stick my face through. I think it was a coping mechanism, and it’s been successful *up to a point*. But, here’s what I’m mainly writing about: I am excited to announce I’ve written and recorded a brand new show called It Is Better, and I’m releasing it with Monkey Barrel Records, the record arm of one of my favourite comedy clubs. The crowdfunder goes live today, where you can preorder the album in a variety of different exciting packages (including digital download). At this point, you can click on this button and go immediately to that crowdfunder. BLAM.

Go To The Crowdfunder

I’ve wanted to make a comedy album for aaaaages, and finally a worldwide pandemic has given me the distraction free time to get it done. It Is Better has been conceived, written and recorded for the medium. I’ve tried to make a show to be listened to, maybe with a glass of whisky (or alternative) by a roaring fire while civilisation collapses outside the window. The show was recorded in the studio of the composer John Chambers, who has also written music specially for the piece (beautiful music, I should add). The front cover has a massive photograph taken by Natasha Pszenicki, who is my number one go to photographer for beautiful yet daft things. You can read more about it by clicking the button above. Or this identical button, here.

I’ve joined twitch, and am generally doing a show on a Friday night, and live commentating on Strictly Come Dancing on a Saturday, as Geoffrey Chaucer, the medieval poot. I’m finding my feet, but it would be lovely to see you there. My page is obtainable via this button: 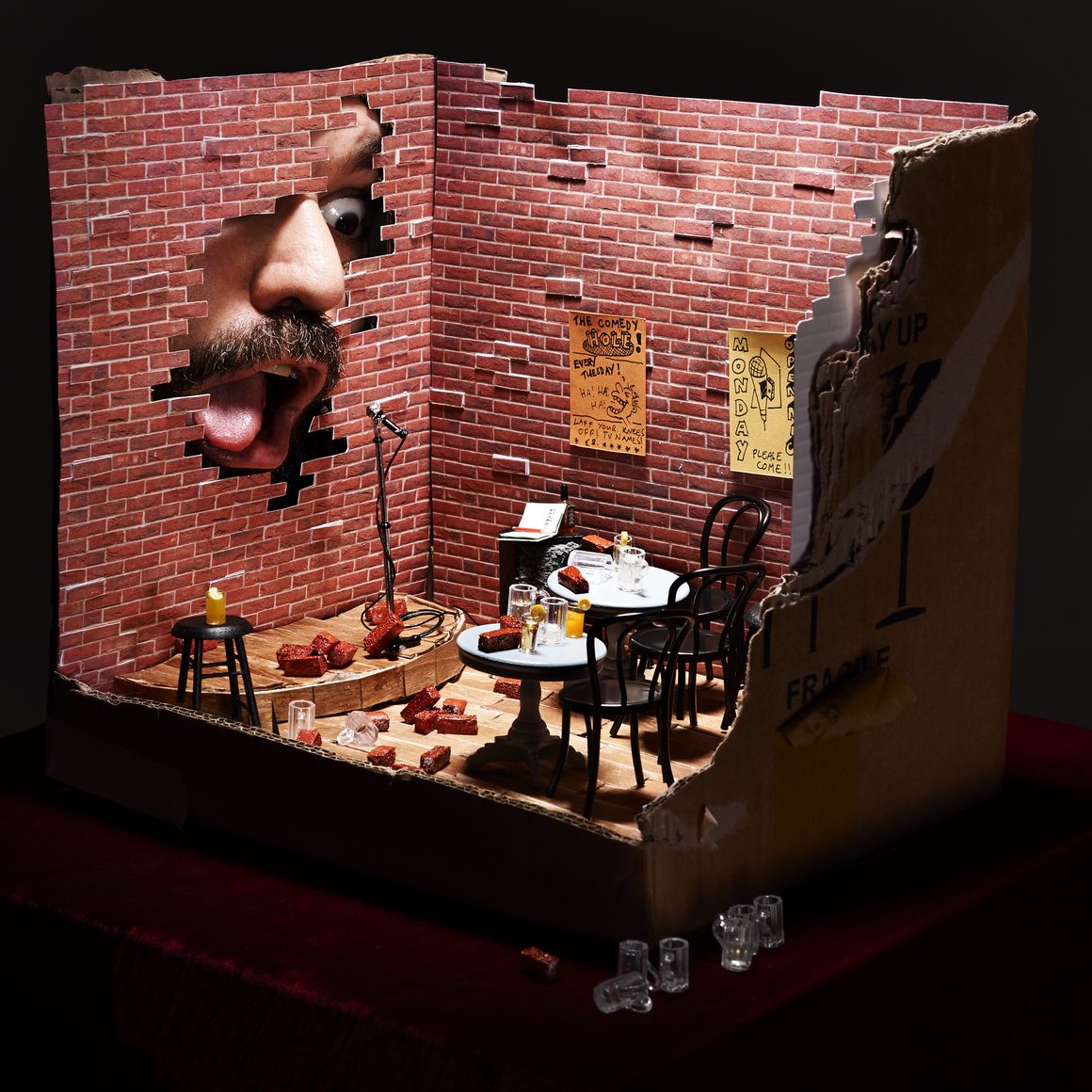 See John-Luke on a stage, somewhere.
Find out where somewhere is, by clicking the button. 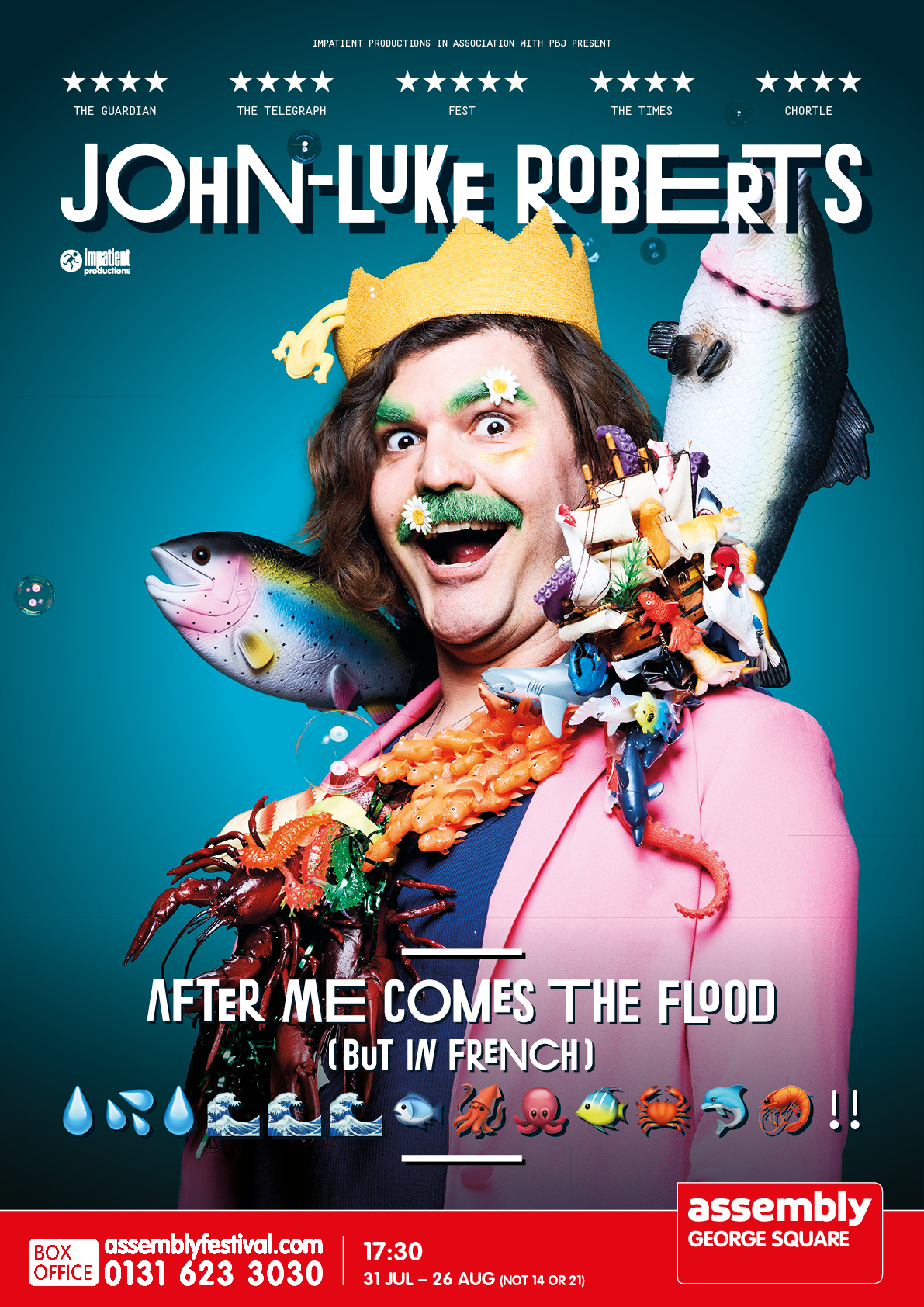 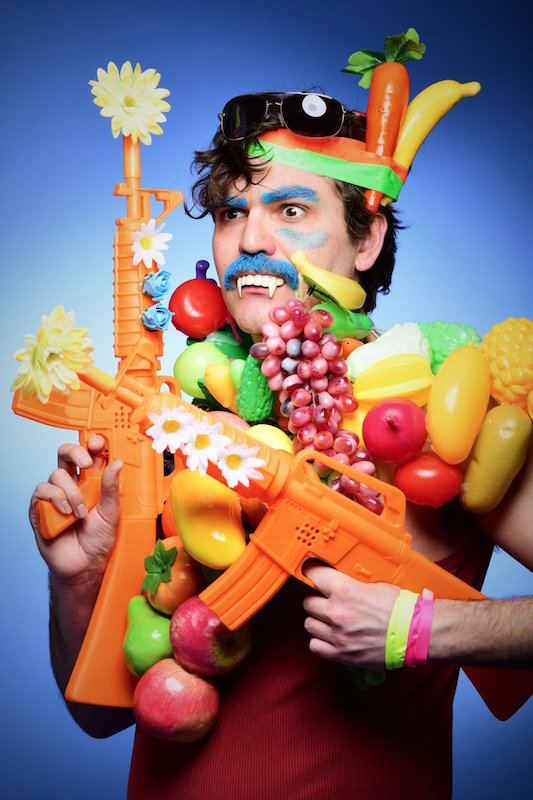 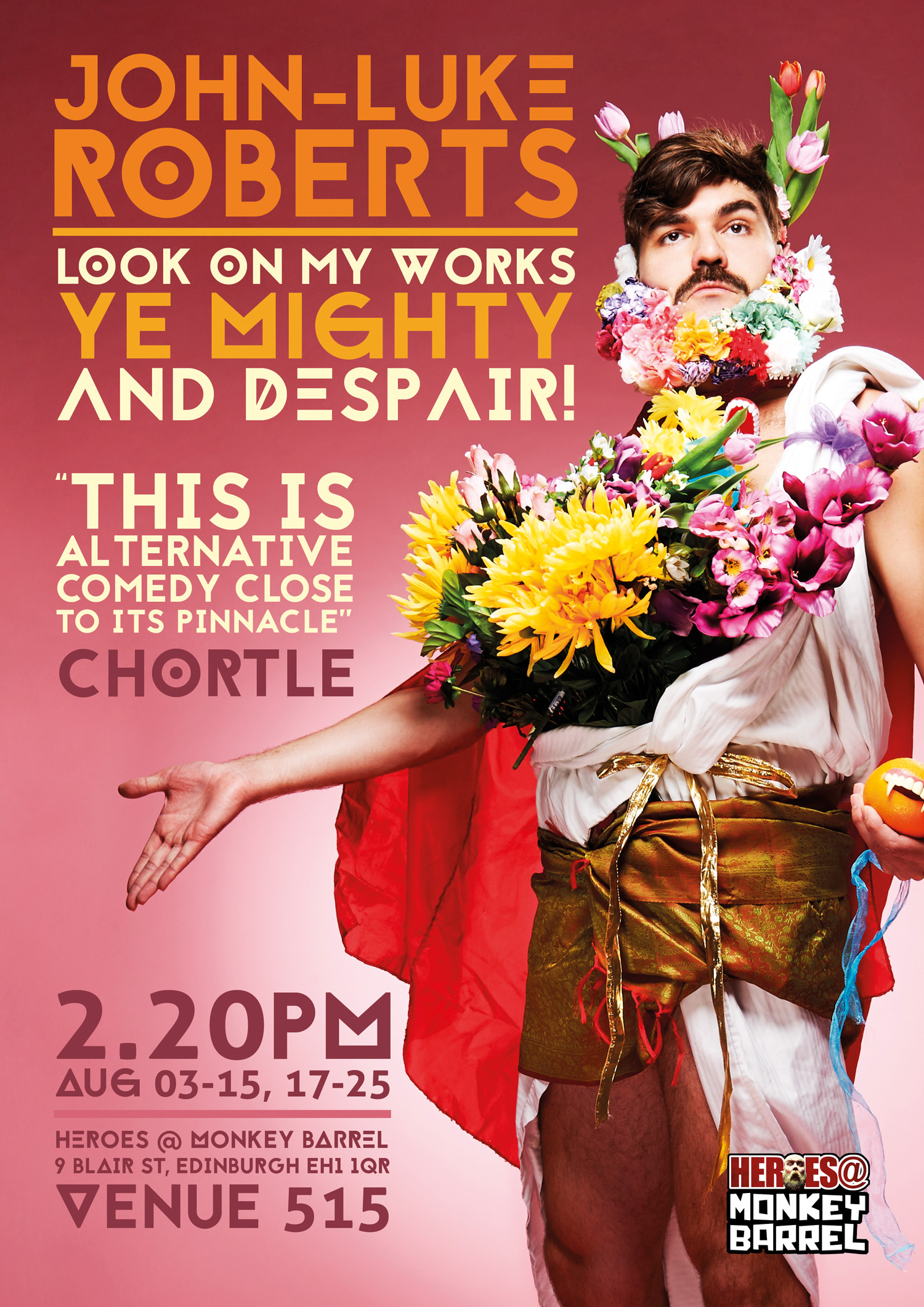 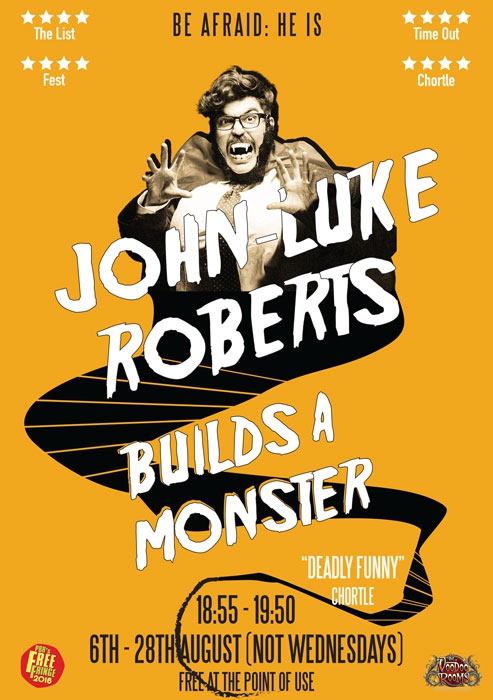 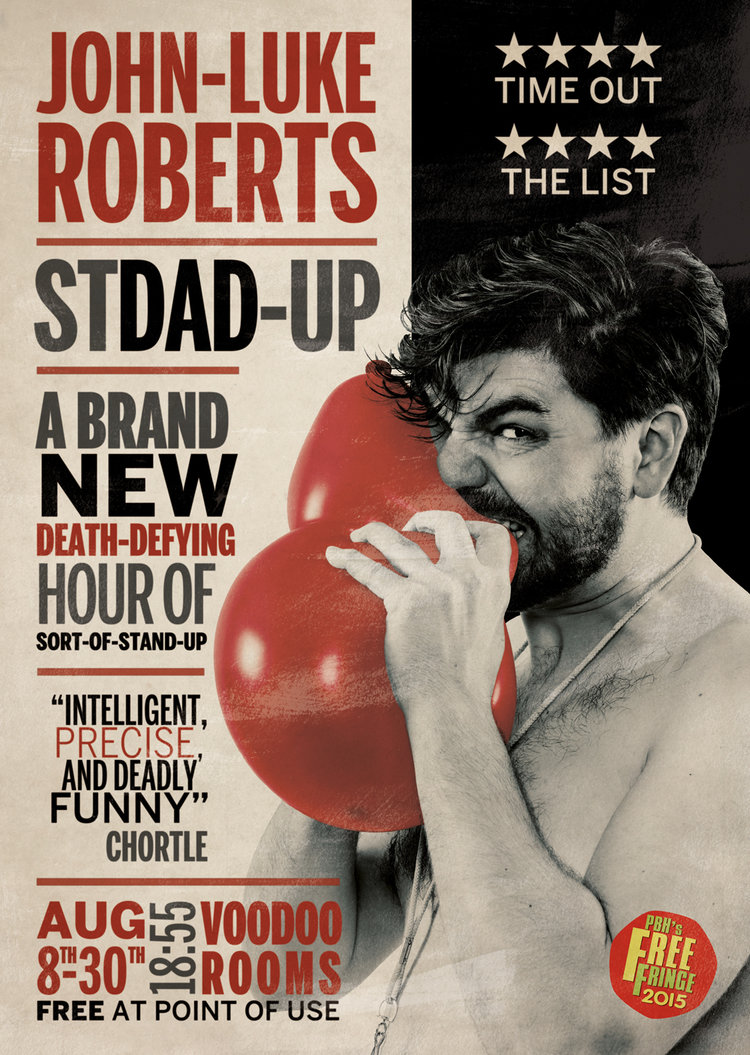 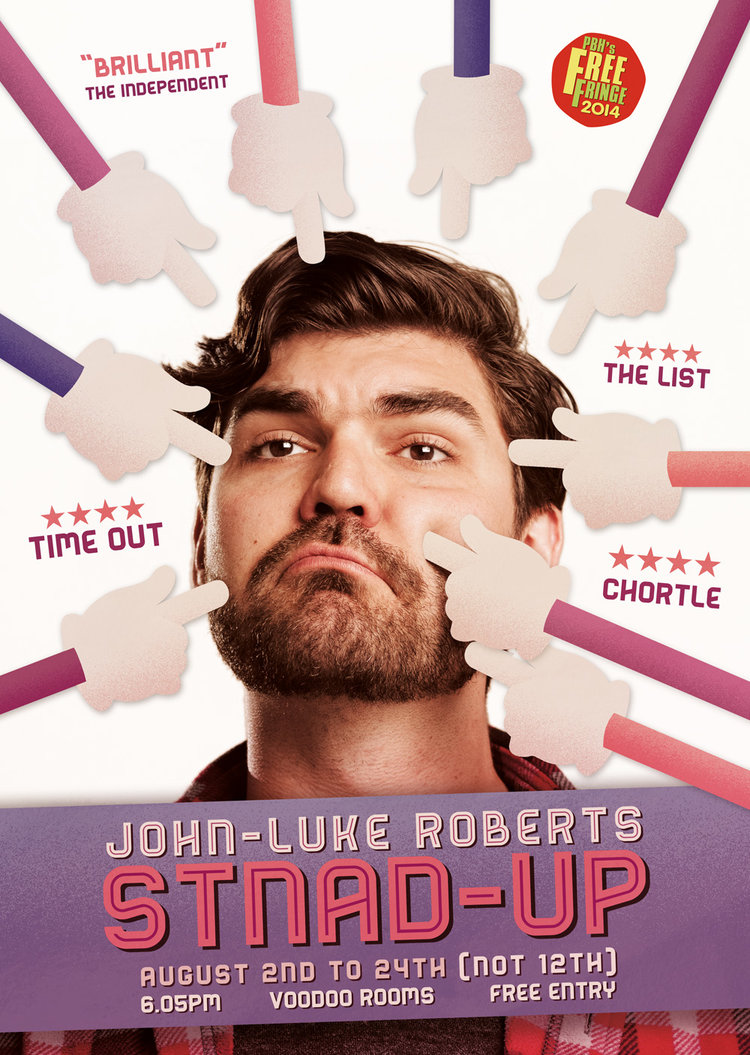 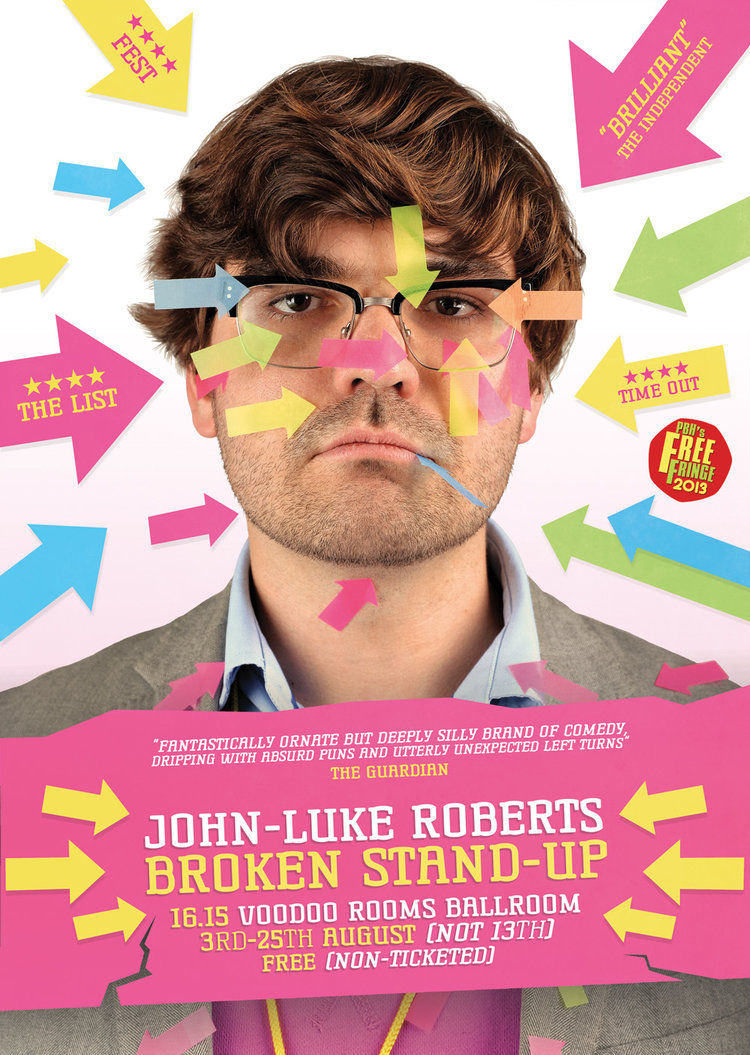 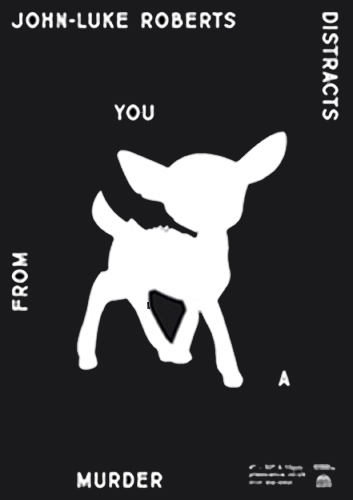 Here are some videos! 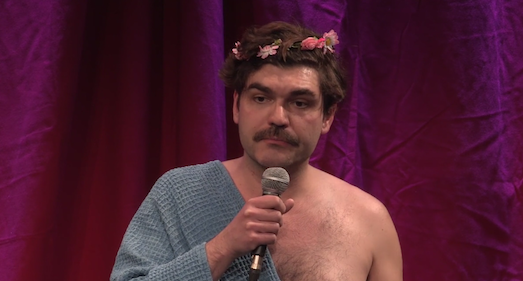 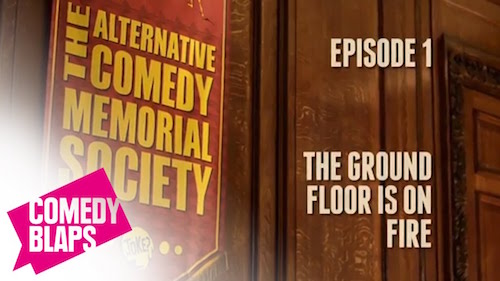 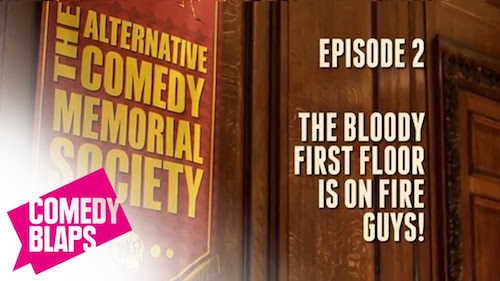 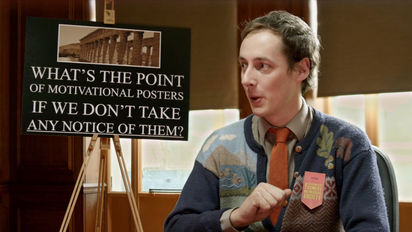 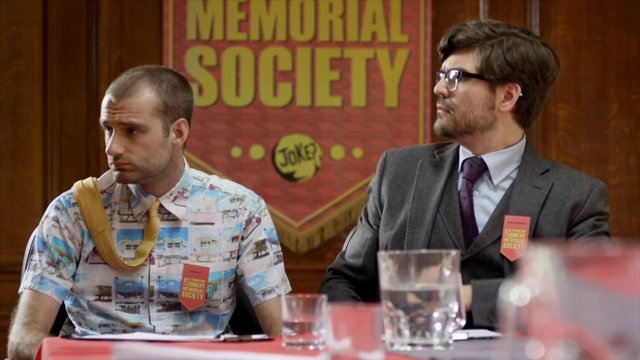 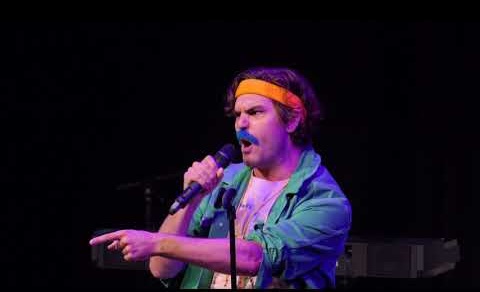 John-Luke is represented by Kate Haldane for PBJ. His page on their website is here.