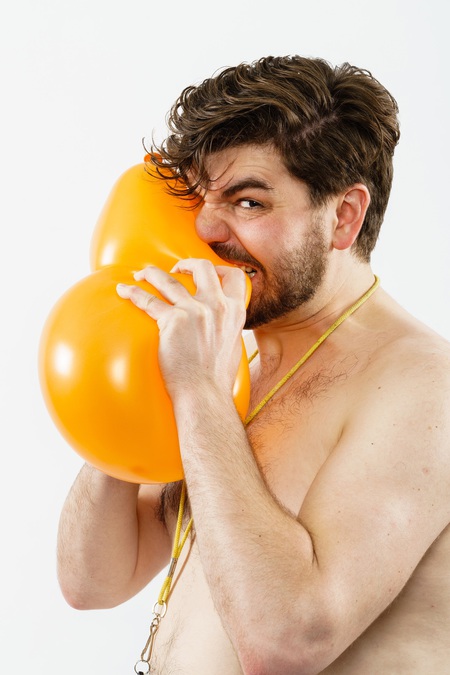 John-Luke Roberts is a comedian, actor and writer.

He has written for Have I Got News For You, Newzoids and Nevermind the Buzzcocks, and received the BBC Radio Comedy Writers Bursary in 2009.

John-Luke trained under Philippe Gaulier. He has created 6 solo shows for the Edinburgh Fringe between 2010 and 2018 which have all been critically acclaimed with Soho Theatre transfers. As an actor he has appeared in Channel 4’s Babylon, Radio 4’s Welcome To Our Village, and played Nigel Mainpart in his sitcom Bull. He played Graeme in the world tour and West End run of hit parody play Graeme of Thrones.

He is the co-founder of hugely successful Alternative Comedy Memorial Society, which he hosts with co-co-founder (also a co-founder) and nemesis Thom Tuck. The ACMS aims to celebrate Noble Failure, and give a home to the strange and different in live comedy.

The club has had residencies at the Soho Theatre, The New Red Lion, and The Bill Murray. Channel 4 commissioned a series of Blaps based on the club, directed by Chris Shepherd, which John-Luke wrote and starred in.

See John-Luke on a stage, somewhere.
Find out where somewhere is, by clicking the button.

Just imagined what it would be like if spiders looked like spider diagrams.
Absolutely horrible. All those bodies, all those interconnected legs.
We should count ourselves very lucky!